In April 2019, voters approved a capital construction levy that is providing $120 million in funding, collected over six years. These funds, combined with state construction assistance funds, will provide a total of $144 million. As of March 2021, $73 million has been spent on these levy projects:

On May 4, LWSD closed on a 25-acre property in Redmond, which was formerly owned by Cadman. The site is within King County’s Urban Growth Boundary and adjacent to a growing residential neighborhood.

Building on Success Progress Report in your mailbox
Feb 19 2021

Homes around the district received LWSD’s Building on Success progress newsletter in their mailboxes in February. If you missed it, you can view the digital version, which includes these updates:

After more than a year of work, the LWSD Facilities Advisory Committee (FAC) addressed the Board on January 25 during its regular meeting. The FAC was tasked with making recommendations to accommodate the District’s rapid enrollment growth and continue to provide quality learning environments. The Board will use the recommendations to determine next steps, which could include sending a funding measure to voters in 2022.

You can see the final recommendations report and the FAC’s presentation to the Board here:

School openings looked a little different in 2020. Grand Opening celebrations with students have been postponed, but Lake Washington School District staff and students with special needs are enjoying their new spaces for teaching and learning. Enjoy these images from our new schools and construction projects.

Old Redmond Schoolhouse is a school once again
Sep 18 2020

Staff cheered on September 14 as the first preschool student walked confidently into the Early Learning Center at Old Redmond Schoolhouse. It is the first time in more than 20 years that Lake Washington School District has held classes in the building. After a remodel, approved by voters in 2016, the 98-year-old historic building...

The transformation of Old Redmond Schoolhouse into an Early Learning Center involved designing the spaces to support and engage families and our youngest scholars in this community. Near the main entrance...

Old Redmond Schoolhouse is scheduled to open to students in fall 2020. Project managers at the site recently gave a virtual tour of progress at the school. 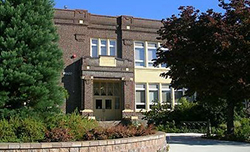 The Old Redmond Schoolhouse, which opened in 1922, is located on the Redmond Elementary Campus. The building, which previously served as an elementary school, has been leased to the City of Redmond since 1997 and is used as a community center.

The Long-Term Facilities Task Force recommended the district reacquire the school and make renovations so that it can be used for preschool classrooms. The old school can’t be used for K-12 classrooms, as the district previously received state funding to replace the building when the new Redmond Elementary project was completed.

Sign up to receive email updates about this project.

Building Condition/Current Situation
The district preschool programs include serving student ages 3 to 5 years old that qualify for Special Education. Students from economically disadvantaged backgrounds are also served in Head Start and Ready Start programs. Additional preschool spots are made available for a fee on a space available basis. These programs are currently being offered in some elementary schools. They serve students from several neighboring elementary school boundaries.