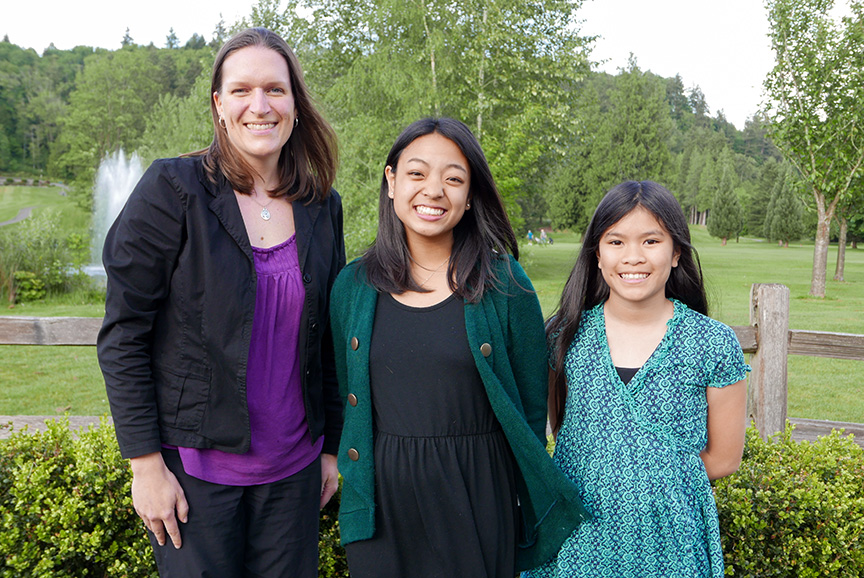 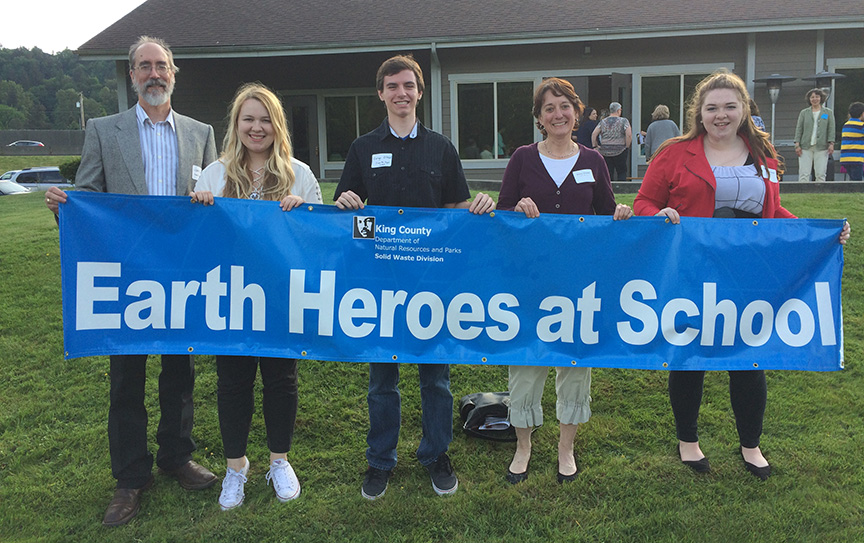 JHS Earth Corps, sponsored by teacher Jim Clark, registered as a King County Green School to receive assistance for its cafeteria recycling and composting program. The students created a rap-style video about waste reduction, which they presented to the student body and later to the Kirkland City Council. They made a second video this year for Earth Day about environmental stewardship. Their efforts have resulted in reducing lunchroom waste by half.

The ICS Green Team, sponsored by teacher Julie Vasiliauskas, introduced composting collection at the school in April 2015. The team worked closely with the custodial staff, did waste audits, made an instructional video, and created signs on proper sorting of waste. The waste audit prior to composting collection showed that 80 percent by weight of the school’s garbage was compostable. Since the program was established, nearly all food waste is diverted to make compost.