Harassment, Intimidation, and Bullying of Students

Introduction
The Lake Washington School District strives to provide students with optimal conditions for learning by maintaining a school environment where everyone is treated with respect and no one is physically or emotionally harmed. In order to ensure respect and prevent harm, it is a violation of district policy for a student to be harassed, intimidated, or bullied by others in the school community, at school sponsored events, or when such actions create a substantial disruption to the educational process. The school community includes all students, school employees, school board members, contractors, unpaid volunteers, families, patrons, and other visitors. Students will not be harassed because of their race, color, religion, ancestry, national origin, sex, gender, sexual orientation, including gender expression or identity, mental or physical disability, or other distinguishing characteristics. Any school staff who observes, overhears, or otherwise witnesses harassment, intimidation, or bullying or to whom such actions have been reported must take prompt and appropriate action to stop the harassment and to prevent its reoccurrence.

Definitions
Aggressor – is a student, staff member, or other member of the school community who engages in the harassment, intimidation, or bullying of a student.

Harassment, intimidation, or bullying – is an intentional electronic, written, verbal, or physical act that:

Conduct that is “substantially interfering with a student’s education” will be determined by considering a targeted student’s grades, attendance, demeanor, interaction with peers, participation in activities, and other indicators.

Conduct that may rise to the level of harassment, intimidation, and bullying may take many forms, including, but not limited to, slurs, rumors, jokes, innuendoes, demeaning comments, drawings, cartoons, pranks, ostracism, physical attacks or threats, gestures, or acts relating to an individual or group whether electronic, written, oral, or physically transmitted messages or images. There is no requirement that the targeted student actually possess the characteristic that is the basis for the harassment, intimidation, or bullying.

Retaliation – when an aggressor harasses, intimidates, or bullies a student who has reported incidents of bullying.

Targeted Student – is a student against whom harassment, intimidation, or bullying has allegedly been perpetrated.

Relationship to Other Laws
The district will ensure its compliance with all state laws regarding harassment, intimidation, or bullying. Nothing in this procedure prevents a student, parent/guardian, school or district from taking action to remediate harassment or discrimination based on a person’s gender or membership in a legally protected class under local, state, or federal law.

During the course of the informal complaint process, the district will take prompt and effective steps reasonably calculated to end any harassment, intimidation, or bullying.

Informal remedies may include:

In order to protect a targeted student from retaliation, a student need not reveal his identity on an Incident Reporting Form. The form may be filed anonymously, confidentially, or the student may choose to disclose his or her identity (non-confidential).

Step 2: Receiving an Incident Reporting Form
All staff are responsible for receiving oral and written reports. Whenever possible, staff who initially receive an oral or written report of harassment, intimidation, or bullying shall attempt to resolve the incident immediately. If the incident is resolved to the satisfaction of the parties involved, or if the incident does not meet the definition of harassment, intimidation, or bullying, no further action may be necessary under this procedure.

All reports of unresolved, severe, or persistent harassment, intimidation, or bullying will be recorded on a district Incident Reporting Form and submitted to the principal or designee, unless the designee is the subject of the complaint.

Because of the legal requirement regarding the confidentiality of student records, the principal or designee may not be able to report specific information to the targeted student’s parent/guardian about any disciplinary action taken unless it involves a directive that the targeted student must be aware of in order to report violations.

If a district chooses to contact the parent/guardian by letter, the letter will be mailed to the parent/guardian of the complainant and alleged aggressor by United States postal service with return receipt requested unless it is determined, after consultation with the student and appropriate staff (psychologist, counselor, social worker) that it could endanger the complainant or the alleged aggressor to involve his or her family. If professional school personnel suspect that a student is subject to abuse or neglect, as mandatory reporters they must follow district policy for reporting suspected cases to Child Protective Services.

If the incident is unable to be resolved at the school level, the principal or designee shall request assistance from the district.

Step 4: Corrective Measures for the Aggressor
After completion of the investigation, the school or district designee will institute any corrective measures necessary. Corrective measures will be instituted as quickly as possible, but in no event more than five (5) school days after contact has been made to the families or guardians regarding the outcome of the investigation. Corrective measures that involve student discipline will be implemented according to district policy JG—Student Discipline. If the accused aggressor is appealing the imposition of discipline, the district may be prevented by due process considerations or a lawful order from imposing the discipline until the appeal process is concluded.

In an investigation, if a principal or principal’s designee found that a student knowingly made a false allegation of harassment, intimidation, or bullying, that student may be subject to corrective measures, including discipline.

Step 6: Discipline/Corrective Action
The district will take prompt and equitable corrective measures within its authority on findings of harassment, intimidation, or bullying. Depending on the severity of the conduct, corrective measures may include counseling, education, discipline, and/or referral to law enforcement.

Corrective measures for a student who commits an act of harassment, intimidation, or bullying will be varied and graded according to the nature of the behavior, the developmental age of the student, or the student’s history of problem behaviors and performance. Corrective measures that involve student discipline will be implemented according to district policy JG—Student Discipline.

If the conduct was of a public nature or involved groups of students or bystanders, the district should strongly consider school wide training or other activities to address the incident.

If staff have been found to be in violation of this policy and procedure, the district may impose employment disciplinary action, up to and including termination. If a certificated educator is found to have committed a violation of WAC 181-87, commonly called the Code of Conduct for Professional Educators, OSPI’s Office of Professional Practices may propose disciplinary action on a certificate, up to and including revocation. Contractor violations of this policy may include the loss of contracts.

Step 7: Support for the Targeted Student
Persons found to have been subjected to harassment, intimidation, or bullying will have appropriate district support services made available to them, and the adverse impact of the harassment on the student shall be addressed and remedied as appropriate.

Immunity/Retaliation
No school employee, student, or volunteer may engage in reprisal or retaliation against a targeted student, witness, or other person who brings forward information about an alleged act of harassment, intimidation, or bullying. Retaliation is prohibited and will result in appropriate discipline.

Other Resources
Students and families should use the district’s complaint and appeal procedures as a first response to allegations of harassment, intimidation, and bullying. However, nothing in this procedure prevents a student, parent/guardian, school, or district from taking action to remediate discrimination or harassment based on a person’s membership in a legally protected class under local, state or federal law. A harassment, intimidation, or bullying complaint may also be reported to appropriate state or federal agency.

Other District Policies and Procedures
Nothing in this policy or procedure is intended to prohibit discipline or remedial action for inappropriate behaviors that do not rise to the level of harassment, intimidation, or bullying as defined herein, but which are, or may be, prohibited by other district or school rules. 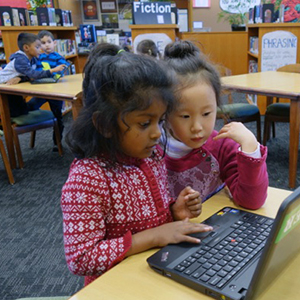